Question 1.
A survey was made to find the I type of music that a certain group of young people liked in a city. Adjoining pie chart shows the findings of this survey.
From this pie chart answer the following:
(i) If 20 people liked classical music, how many young people were surveyed ? 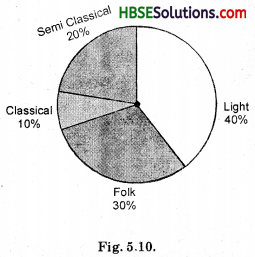 Question 2.
A group of 360 people were asked to vote for their favourite season from the three seasons rainy, winter and summer.
(i) Which season got the most votes ?
(ii) Find the central angle of each sector.
(iii) Draw a pie chart to show this information. 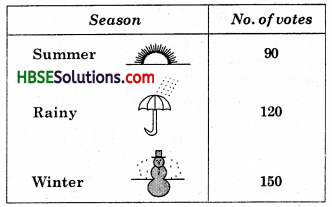 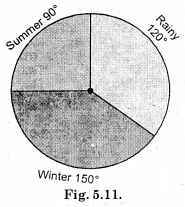 Question 3.
Draw a pie chart showing the following information. The table shows the colours preferred by a group of people.

Now, we make the pie chart as-shown below musing protractor, compasses and ruler. 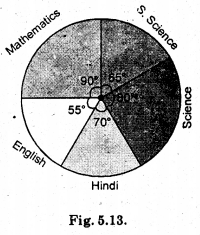 Question 5.
The number of students in a hostel, speaking different languages is given below. Display the data in a pie chart. 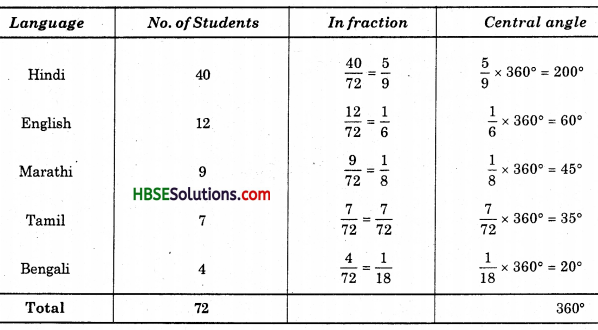 Now, we make the pie chart as shown below 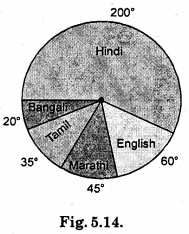